THE GOOD SOMETHING & THE HAND OF GOD 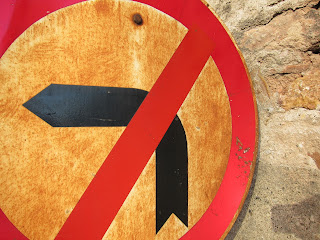 I've spent over a month without posting a blog, an indication of my state of mind and the journey of my experience. The intangible qualities that kept me sometimes in rapt inspiration ceased; as when a straw empties the liquid in a drink, the end comes suddenly and the new emptiness-of-ability-to-write takes some getting used to. During this time I've traveled from Turkey to Romania and finally Budapest, where I am now, but my outer reality became as much about the internet footage and related stories I read about Occupy Wall Street and related events as it was about Istanbul or Bucharest and I began to feel a visceral connection to these occupations. This is something that mirrored my inner journey, one that wore away more of what I had known. Now I have my return ticket to the U.S. and I am looking forward to arriving in New York City, exchanging the role of wanderer (or crazy stranger) with that of citizen.
Among other things I've gestated during this time is an expansion of my blog (and website), in that I am beginning a request for submission of articles on dralas and the drala principle. I've had one such article for some time and it's author, Patricia Friedson has kindly giving me permission to share it. This is a most genuine writing about drala and I'm sure it will move you. Please consider writing something of your own and sending it to me.
It seems to me the organizations and protests that are occurring all over the world are rooted in something that is expressed in the essay below. It is a political consciousness that is emerging, put also a poetic one; perhaps that is why the protests are not oriented to one side or party or issue alone, but are instead an expression of wanting to reclaim something that has been lost, that is being lost, is almost becoming irredeemably lost - qualities of humanity and the environmental integrity of our planet earth.

We may have been interested in our world when we were little children, but then we were taught how to handle it by our parents who had already developed a system to deal with the world and to shield themselves from it at the same time. As we accepted that system, we lost contact with the freshness and curiosity of experience. - Chögyam Trungpa. 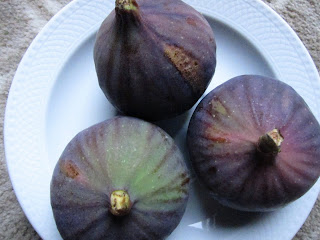 The Good Something
by Patricia Friedson
Dear Bill - Thank you for your website.  And thank you especially for the part about dralas.   I had never heard the term drala until a few days ago, when I was researching Buddhism on the net, and came across the poem that starts "Born a monk ..." on a different website.  Then I started googling dralas, and so thankfully came to your site.
Reading the excerpt from Chögyam Trungpa Rinpoche made me remember childhood.  I was a fairly unsupervised kid, and spent a lot of time rambling around in nature just kind of "being with" things; a tree, a particular place where moss grew, the neighbor's dog, or lying on an apartment house roof, looking up through the clotheslines and windy laundry at the blue sky and moving clouds.  There were always clothespins that had been dropped or fallen off the line.  Some of them were made of colored plastic, deep translucent colors like stained glass.  I remember a moment, lying on that roof, on a windy day  of deep blue sky and fluffy white sailing ship clouds.  I was lying on the roof, holding a red clothespin up to the light.  Its color was amazing; like wine or pomegranate or cherry, gleaming with deep, rich light.
It was a moment when everything "came together" - the sky, the wind, being up high, the sound of my mom humming as she hung up laundry a few feet away, the wonderful color of the red clothespin, and the marvel that it was colored, yet clear; colored light came through it - and also some very tall pines or cedars that grew next to the apartment building, so that their treetops were right along part of the roof,  and the wind rustled and sighed through them. Somehow in that moment, it all came together.  It felt like "something" good and kind came out of the tree tops, and sat near me.  Because the moment was right somehow.
Now I realize that childhood was full of moments like that.  Often it was nature that I was "being with," but sometimes it was a poem, or a piece of music; a Scottish folk song or a Mozart Rondo, or a photograph of a person's face in National Geographic, somehow it was a deep "being with" the "is-ness" of things.  In a deep, wordless way that seemed to lead to the mystery of being alive at all.  That made a deep connection, with people, with nature, colors, sounds, sorrows, joys, and with Something Invisible, some Good, Sweet thing that seemed always to be there at those times.  I thought of it as God, but not at all like going to church.  At least, not the services.  But sometimes, in the quiet of an empty church, in the stillness with candles flickering in colored glass holders and the scent of incense and the kind of sad feeling in the air of many prayers lingering there, then sometimes it felt like the Good Something was there, a sweetness, a gentleness, a cleanness, that I thought could see me, could see everyone, though we could not see it.

It seemed like the most natural thing in the world to talk to that presence. Or presences.  Because it had different flavors, different feelings, but it always seemed at heart the same.  Sometimes it made me want to draw pictures or write poems, to express it somehow.  Other times it was just about being with it, for as long as it stayed.  Sometimes I would wake up late at night, and it would feel like Something Good was there, and I would get up and sit on the stairs, trying to stay awake, to be with it.  I remember one time it was a winter night, and it all seemed so important, the cold, the snow, the night sky and the crystal clarity of stars, it just was what it was, the winter nightness of a winter night, yet with that was Something, a longing, a mystery, a goodness.
As I became a teen-ager, these experiences went away.  I still loved life, poetry, music; I traveled and experienced many religions.  But except for rare moments, not with the purity of childhood.    Now I am 61.  And reading about the dralas made these childhood memories come flooding back.  Are these memories at all on the right track? Is it part of it, a place to start in understanding Dralas?

Whatever the Dralas are, they seem so needed, it is something the world needs so much.  I don't understand it, I don't know what I am doing, but I very much want to help if I can.  Thank you for any help you can give me about this, and thank you for putting Dralas on the net.  When I read about them, it was the first time in a long time that I felt not so alone, somewhere deep in myself. Although I am very fortunate, with family, friends, students, neighbors, animals, a lot of good company.  But reading about the Dralas was like hearing the language of one's homeland spoken, for the first time in a long, long time.
Gratefully, Wishing You all the best,
Patricia
.  .  . 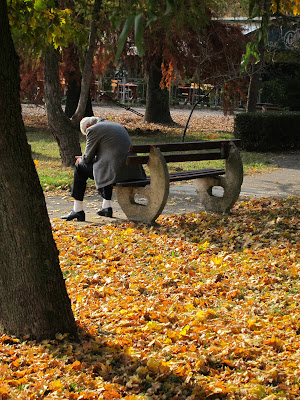 
THE HAND OF GOD - video interview with Tom Pathe
Almost three years ago, I film-interviewed my dear friend Tom Pathe. I recently came across this video again and realized I should share it. I’ve titled it The Hand of God to reinforce the journey of freedom that Tom has been on, that the Buddhist path is, and that the drala principle epitomizes. Tom is an early student of Chogyam Trungpa-Lord Mukpo and has been a rolfer nearly as long. Tom has not hesitated to allow the teachings not just of Lord Mukpo, but two indigenous traditions he studied within, to guide and become him. If you have a human body this video interview will be of interest, much less if you’ve ever received or given bodywork. Tom has been continuously plummeting the cataract of discovery of our “inner body.” May you follow carefully the eight minutes of this talk. It’s about gravity, man.
Posted by Bill Scheffel at 3:25 AM