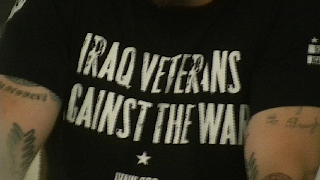 An entire body of Chögyam Trungpa-Lord Mukpo's teachings was captured in a phrase he gave to his students, Victory Over War. Initially, this body of teachings had to do with protection; that a talk on Buddhism, say, needed to be given under a correct set of circumstances in order to be effective. A certain precision, decorum and beauty needed to be established for an audience to open to the teachings. The audience needed to feel safe and welcomed, yet also provoked toward clarity, becoming awake.
Lord Mukpo translated these principles into issues of aggression, the military and war. Any society needs members who are sworn to protect it (firemen, policemen, soldiers); pacifism is not always possible, but meeting aggression simply with more aggression is counterproductive, wrong and typically horrible: war begets war. An opportunity to further explore the possibilities of Victory Over War arose for me in these last two weeks. 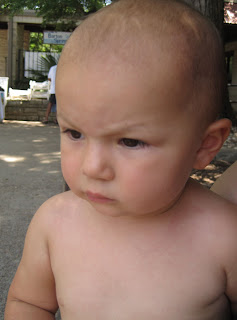 Daughter of an Iraq era veteran.

A couple of weeks ago I was listening to Democracy Now with Amy Goodman interviewing three U.S. solders speaking out against the war in Afghanistan. It was mentioned that the Iraq Veterans Against the War (IVAW) were having their annual convention in Austin, Texas on July 8-11. Within a couple of minutes of hearing that I went to the IVAW website. At that moment I knew I was going to the convention myself.
Ten days later I unpacked my bags in room 200 of a dormitory on the Huston Tillitson University campus, an historically black school founded in the Nineteenth Century (it turns out Huston Tillitson was the only place, among those contacted in Austin, that was willing to host the Convention.) Over the next three days I took hours of video, met dozens of people, immersed myself in the convention, but also spent hours alone in my dorm room, downloading video footage, writing, collecting my thoughts - and sometimes simply escaping from social overwhelm and a certain anxiety (perhaps these arose, not just from arriving as a stranger, but from hidden collective and personal aspects of war I was encountering?). 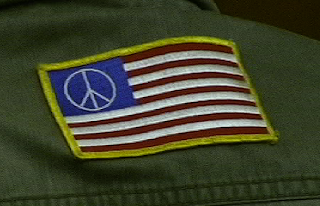 Ones expectations are not always fulfilled, but in the case of the IVAW Convention mine were. I expected to find kind, mature and committed human beings who would be an inspiration to others. I found this and more. This was an age and gender diverse group of friendly, thoughtful, well-tattooed, well-spoken, courageous, shattered (occasionally I would see this) and perhaps above all creative people. A colony of artist-activist-leaders.

Personal stories of the horrors of war were not particularly on display or subjects of the workshops.  I learned only a few of the stories of what these men and women faced when they refused to deploy, became conscientious objectors in active duty, deserted or simply announced their opposition to United States military policy. Many were new, many who had attended previously had not returned. A growing but no doubt vulnerable colony as burnout, finances and other life priorities created a 2010 Annual Convention that was somewhat smaller than hoped for yet was also their "first" (previous conventions had been held in conjunction with and supported by Vietnam Veterans Against the War). 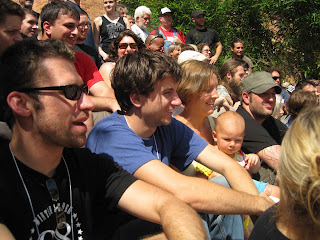 I will publish more videos and journals about the convention over the following weeks. For now, I have some photographs below and, especially, the following video-interview. Jacob George and Spencer Hindmarsh are riding their bicycles, along with other veterans, across the U.S. until our government ends the occupations of Iraq and Afghanistan.  Their website explains further:


Do you support war? Do you have a job? Do you pay taxes? Then yes, you support war. You’re supporting two wars actually. We are here today, to ask every single one of you to STOP SUPPORTING WAR. But how, how do we stop supporting war? How do we stop a war? Since our elected government has decided to continue funding this war with money coming from your paychecks, the first thing you can do is QUIT YOUR JOB. If you feel strongly enough about not supporting war to do that, you might be interested in taking the next step. Get a bicycle and join us for a ride. We are going town to town, spreading this message face to face and we are not stopping until BOTH WARS END!

Most would probably consider this statement absurdly impractical and wildly idealist, but I would say quiet the contrary. If only, say, a quarter of 1% or our population did this that would create a protest of almost a million people - which could easily galvanize popular opinion into a war-paradigm shift. But think of an even greater impact. A mass shift to bicycles could immediately begin to rescue our planet from runaway global warming. In short, Jacob and Spence's suggestion is sane, continuing to do what we are doing is insane. Plus these guys are cool.
Jacob George & Spence Hindmarsh of A RIDE TILL THE END from Bill Scheffel on Vimeo.
[If you watch and enjoy this video, please see the YouTube link at the bottom of this page. That video profiles Jacob and his brother Jordan, is a documentary of sections of their ride and give essential background to their views and courage.]

Faces of some of the veterans - not just from Iraq,
but from Afghanistan and the Vietnam era - who attended
the IVAW Convention. 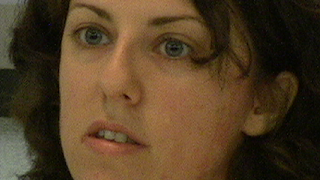 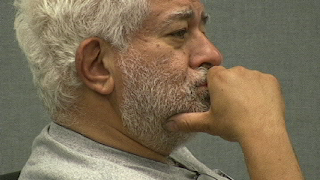 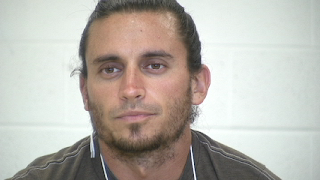 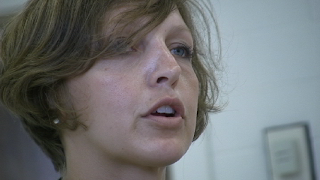 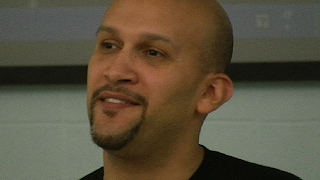 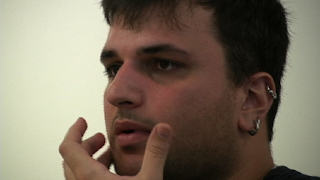 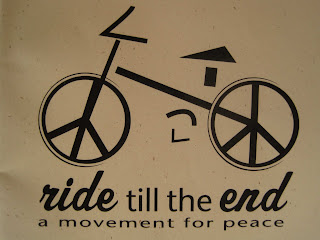