To begin this week, I'd like to invite you to consider writing on any of the subjects on this journal. Normally a "blog response" is an opinion about a topic; not that I don't welcome any response, but the idea of "writing" is slightly different, "You will write not if you think of writing as a result but as a discovery" (Gertrude Stein). Writing is about your contribution, your experience, and the freedom to offer that.
Next, another video segment from an interview Cathy Hubiak and I conducted with Kunga Dawa (Richard Arthure).
Kunga Dawa on "transmissions" from Chögyam Trungpa from Bill Scheffel on Vimeo. 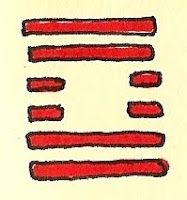 Drala “is the notion of personal bravery” (Chögyam Trungpa). Whenever we transcend fear we potentially invoke drala, which initiates a process of further bravery and protection from fear. This is not a magical notion in any esoteric sense, but simply a natural unfolding. The process is one of recognizing the non-conceptual and unconditional nature of experience, relating to the expressions that arise from the unconditioned ground, and opening to the coincidences that present themselves in daily life (and which are daily life). 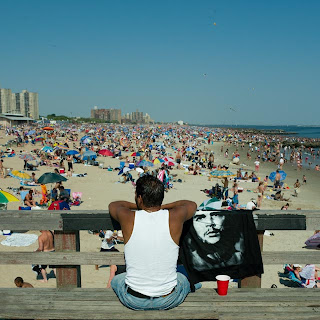 People think, think, think; in all directions, but they think. The questioning gaze is rare. - Henri Cartier-Bresson. 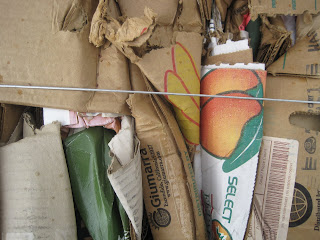 There is no difference between theism and non-theism, basically speaking. Declaring an involvement with any kind of “ism” turns out to be a matter of self and other. In fact, the whole question of self and other can then become very important. But if you really pursue any spiritual path, you will discover, surprisingly, that self and other are one thing. Self is other, other is self... Whether you worship someone else or worship yourself, it is the same thing…      Chogyam Trungpa. Speaking of Silence, pg. 153

Another aspect of any "ism" is that it is a thought, a held concept. Whereas non-thought is the gate of the dralas, that moment of atmosphere and immediate perceptual communication. I've spent a few nights watching a New Video documentary of Henri Cartier-Bresson, who seemed to always click the camera shutter the moment the gate was open. There was footage of Cartier-Bresson shooting; he wandered around very casually, with the camera in one hand behind him, somewhat hidden. Others on the street were looking at where they were going whereas he looked at what was happening.
slowness, more tears, WATER

Waters, you are the ones that bring us the life force.
Help us to find nourishment,
So we may look upon great joy.

Below are more photographs from my friend Don Myer (gassho!). The first three were taken at Coney Island, the last one at Fort Funston, San Francisco (if you click on them you will see them enlarged). 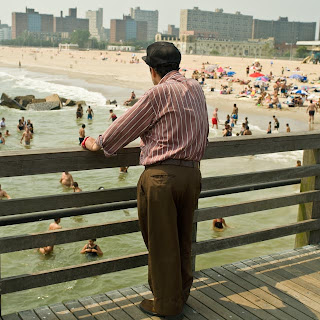 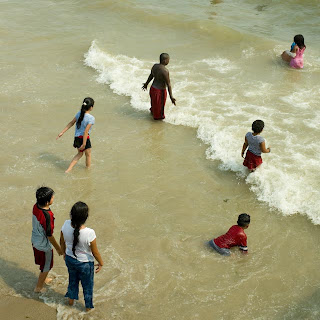 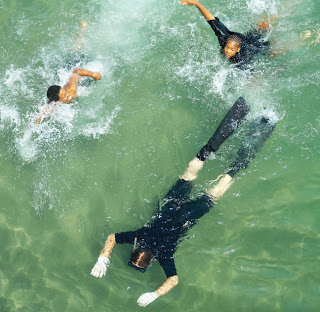 HUGE CHOICES, HUGE CONSEQUENCES
Environmental sanity. Is there a disconnect between our "spiritual" lives and "activism" or taking individual responsibility for collective problems? Collective experience is the cumulative wave of each our our "karmic" contributions (regardless of how "spiritual" we are). Thus the oil spill in The Gulf is a collective fault, a collective horror, a collective challenge, a collective responsibility (could the latter become possible)?
The drala principle teachings (so to speak) attract me because they provide a link between spiritual, social and environmental responsibility.
In the spirit of this theme, I offer you a video interview with the journalist Charles Bowden on his book, Murder City: Ciudad Juarez and the Global Economy's New Killing Fields. Bowden addresses many political issues - NAFTA, the war on drugs, immigration, gun control - but I offer it also as entertainment. What we take the time to see should at least be interesting in its own right, no? Charles Bowden is interesting. He has dug deeply into these issues, lives them, has been warped by them, has something to say, a kind of film noir Mother Teressa. The piece offers one person's researched description of a "collective karma."