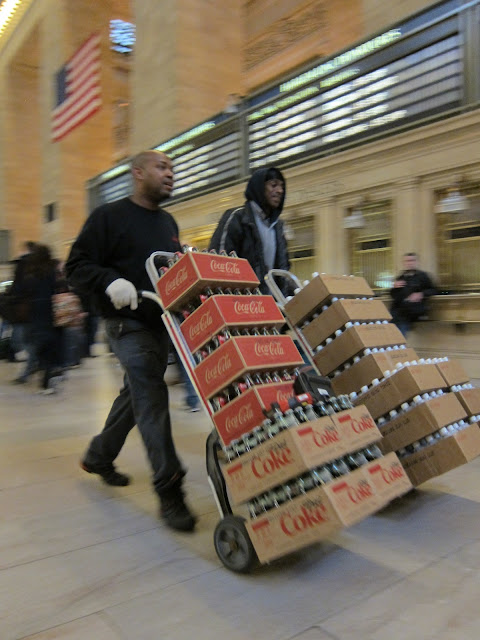 Main concourse, Grand Central Terminal, NYC.
(This was written in early April.) My inquiry into vertical time continues. Today’s assignment has put me on a train from Plandome, Long Island to Penn Station, NYC. It was last Saturday I discovered New York’s Pennsylvania Station was once a grand terminal, like Gare (now Musée) d’Orsay in Paris or Grand Central Terminal - typically called Station (three avenues west and ten streets uptown of Penn). Last Saturday I learned the original Penn Station was demolished in 1964, and that knowledge has left me feeling a lingering pain ever since.Now I’m on the Long Island Railroad, sitting in a set of three-by-three seats with what I have discovered to be two Iranian men. I’ve gradually came to recognize the Farsi these men are speaking from soundtracks of the many Iranian films I have seen and by remembering that Don, my host in Plandome, told me of the many Iranians who board the train at the Great Neck stop. Daily life occurs in cycles that repeat themselves wherever we go. I wash my face in the morning the same way in Plandome as I did in Istanbul, only the experience of vertical time differentiates repetition into moments of the eternal now. If I say my “prayer to water” before washing it makes a great difference, pulling me into vertical-time awareness and out the desultory state of mind I often wake up into in the morning. As for the eternal now, it would not take a GPS system to describe where I am at this moment: I am sitting at a marble counter drinking an Americano on the lower level of Grand Central Station, almost directly below the famous clock stationed above me on the main concourse. The echoing mixture of human voices, rolling suitcase wheels and clattering porcelain create the muted, ambient racket that is part of being in such immense places of human coming and going. Just like in Istanbul, I could sit here all day and perhaps never see the same face twice.
The destruction of Penn Station echoes the feeling Istanbul aroused in me as I walked through it: the destruction the human population explosion and exodus from the countryside and the short-term profit making of modern architecture has taken upon culture and nature. In Istanbul, six-story concrete apartment buildings without beauty and without any public space between or around them extend almost infinitely and have leveled any sense of the history or landscape that preceded them. Yet stripped of judgment and comparison, even the apartments reveal an impossible, tenacious beauty – the unconditional beauty of vertical time. Beauty, yes – but not the same beauty that preceded them.The beauty of Aya Sophia, the Süleymaniye Mosque (both in Istanbul) and Grand Central Station are similar expressions of vertical time, places designed to stop habitual mind and shift consciousness into a stunningly beautiful visionary nowness. They are successful works of art and treasures of humanity. Accidents of history, as well as human intervention, have saved them to this day. I hope the following photo essay will exemplify the ideas I’ve raised and perhaps inspire you to build or preserve in the spirit of vertical time in your own life, which can be done anywhere, with anything, beginning with our body itself. 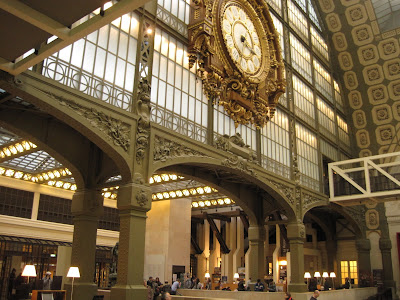 Musée d’Orsay, Paris. Converted in 1980-1986 by the French government from a train station into a museum. Thanks to the successful efforts to preserve a grand building that was no longer able to be effective as a railroad terminal, this building is often referred to as the "most beautiful museum in Europe." 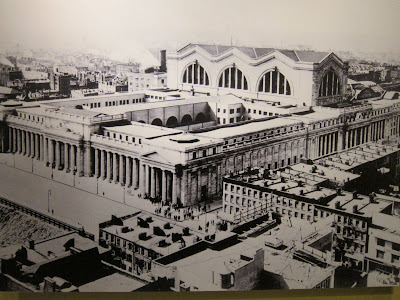 Pennsylvania Station, upon completion in 1910. Once the largest publicly traded corporation in the world, the Pennsylvania Railroad built the station as an expression of corporate largess and power, yes, but also of beauty, modeling it on the Caracalla Baths of ancient Rome and sparing nothing to create a masterpiece of art and craft designed to last hundreds of years, a true public space. 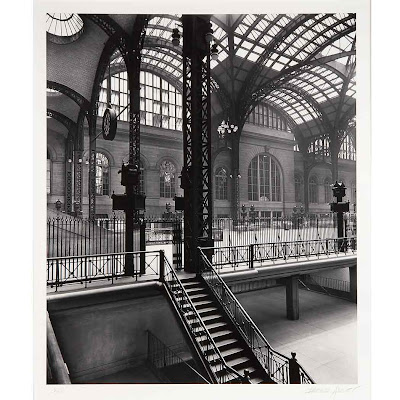 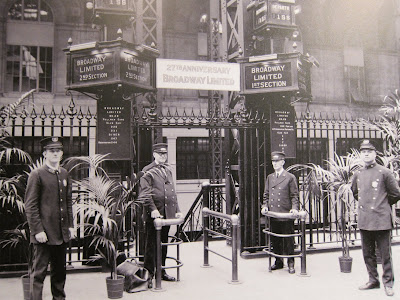 Inside the original Penn Station. Due to the rise of the automobile, by the 1950s the Pennsylvania Railroad was losing money and nearly bankrupt. Management made a deal with New York City to surrender its property above ground and gain a 25% stake in the planned Madison Square Garden. Penn Station would soon become a subterranean passage with low ceilings and no natural light. Demolition was finally scheduled to begin in 1963, but as the New York Times wrote, "Until the first blow fell, no one was convinced that Penn Station really would be demolished, or that New York would permit this monumental act of vandalism against one of the largest and finest landmarks of its age of Roman elegance." 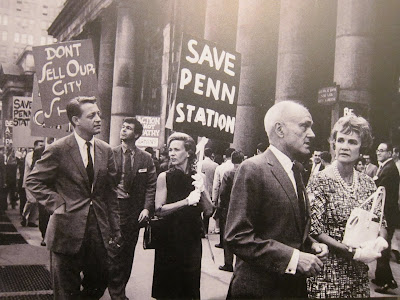 The Demonstrations to preserve Penn Station were unable to save it, but did establish the social conscience and political will that went on to save Grand Central Terminal and many other great buildings from a similar fate. 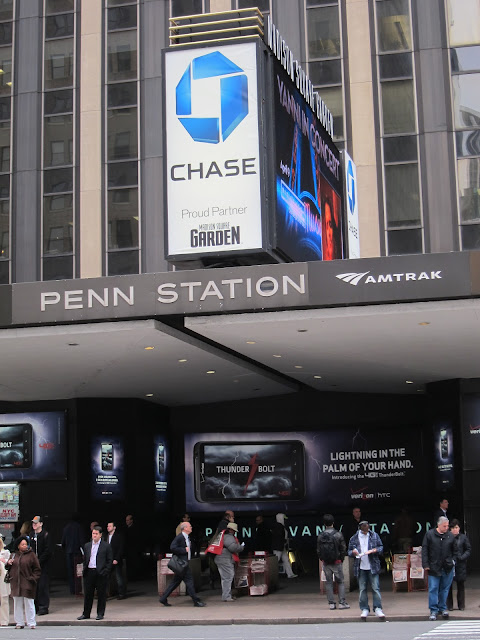 Penn Station now. Ironically, the station is dreadfully cramped and congested and serious efforts have long been underway to built a new Penn Station, a vision to restore the grandeur of the original Penn, whose vastness was designed to give the passengers an experience of transition - and an encounter with space - so that to commute would also be to commune. 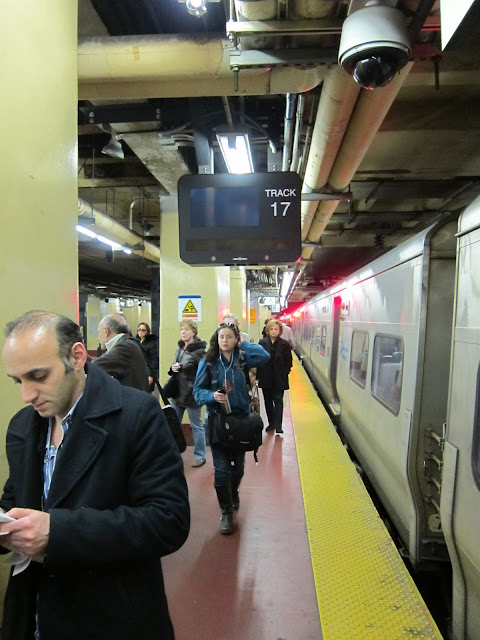 Among the heating ducts of Long Island Railroad's
Track 17; Penn Station as one encounters it today. 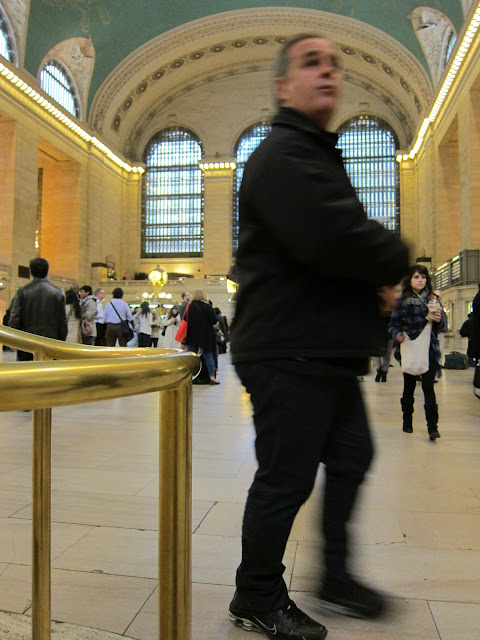 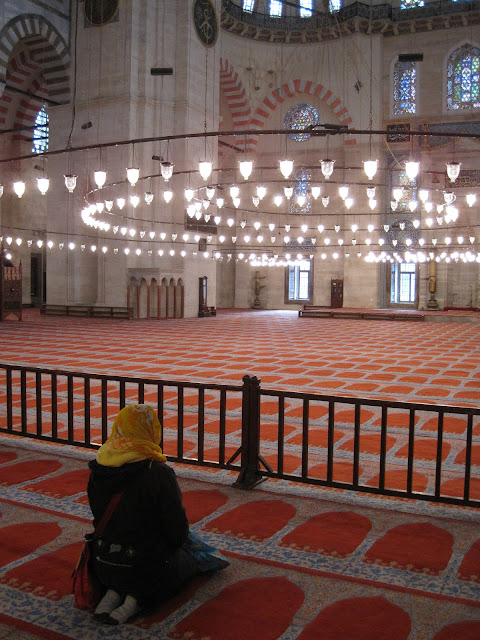 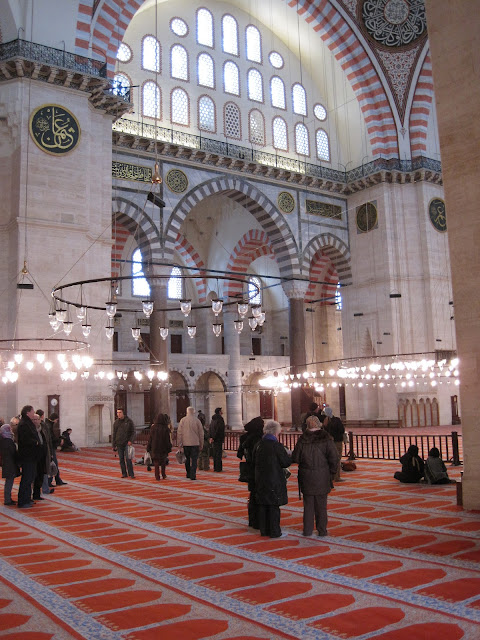 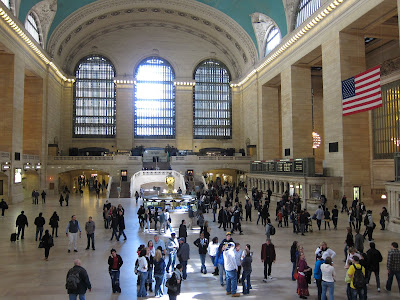 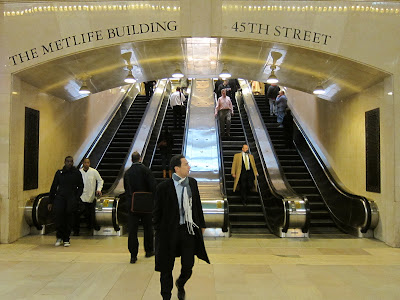 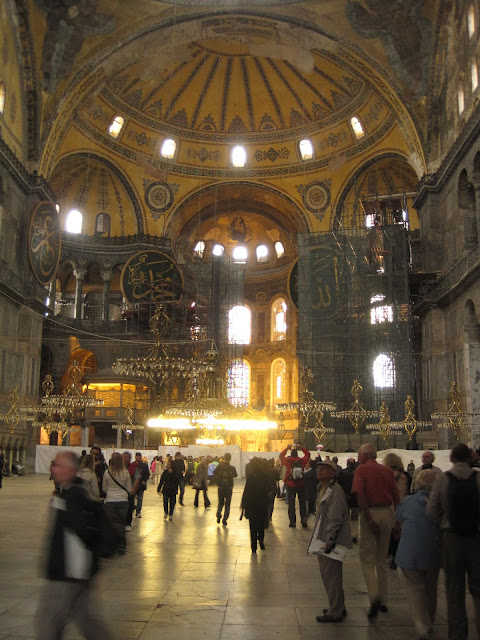 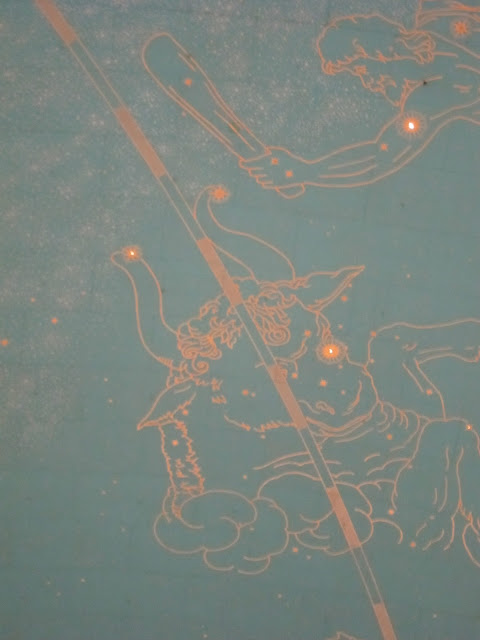 Ceiling, main concourse, Grand Central Terminal. For decades blackened by the tar and nicotine of cigarette smoke, a thorough restoration revealed the mural of the original ceiling, a view of the constellations based on a medieval manuscript that depicted the stars backwards - reversed, as in a mirror - the way that God above would view them. 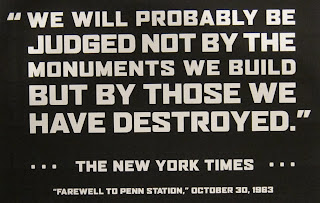